A year ago the Panthers were 15-1 heading into the playoffs, but then they lost to the Broncos in the Super Bowl.

This year, the Panthers started the year off with a rematch against the Manning-less Broncos and still lost because of a missed field goal in the final seconds. Panthers have also lost to the 3-1 Falcons and the undefeated Vikings. There only win of the season is against the 49ers in week 2. Last Monday the Panthers went against their divisional rival, the Buccaneers. In that game, Cam Newton didn’t play due to a concussion last week against Atlanta.

Derek Anderson started for the Panthers and threw 2 interceptions that led to another Carolina loss. The game was low scoring in the beginning due to two field goals by the Bucs rookie kicker, Robert Aguayo, who made 3 for 5 field goals. The Panthers answered back with 2 touchdown runs from RB Cameron Artis-Payne, the only scores for Carolina. Bucs tie the score with a touchdown pass from Jameis Winston to Mike Evans, plus the 2-point conversion, making the score 14-14. Bucs end the game with a field goal to make the score 17-14. 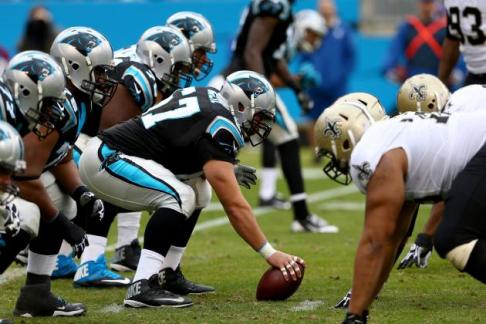 Their most recent game was against another rival, the New Orleans Saints. This game was a blow-out in the first half, Panthers only scoring 10 points to the Saints 24. But in the second half, the game got interesting. In the fourth quarter the Panthers made a comeback and tied the game 38-38. Yet they still couldn’t pull out the win, letting the Saints kick a field goal to win the game 41-38.

Can the Panthers make a comeback from this bad start? Or is this just a bad year for Carolina?