I’m sure that at least a few of us have seen Annabelle, or more recently Annabelle: Creation. It features a porcelain doll with bright red hair, which looks much creepier than the original doll, which is held in the Warren’s Occult Museum. The original Annabelle is actually a regular Raggedy Ann doll, with no immense feature characterizing her. This Raggedy Ann, however, doesn’t need to look too terribly scary, in the Warrens’ eyes, she is fearsome enough.

According to the Warrens, Annabelle’s story begins in 1970 when she was gifted to a nurse by her mother. The nurse had taken Annabelle home and sat her on her bed, but soon after the nurse began to notice Annabelle would change positions. They were subtle at first, like a leg being crossed, but as time went on the dolls strange activity increased. she and her roommate would find pieces of parchment with disturbing notes laying around, and Annabelle was even found in different rooms. 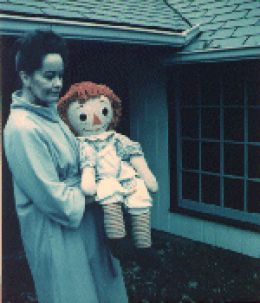 Eventually, the girls turned to a medium, and a seance was held. They were introduced to the spirit of Annabelle Higgins, a young girl who died on the property at the age of seven. Annabelle wanted to stay with them, and the girls allowed Annabelle to inhabit the doll. Then things only got worse after. 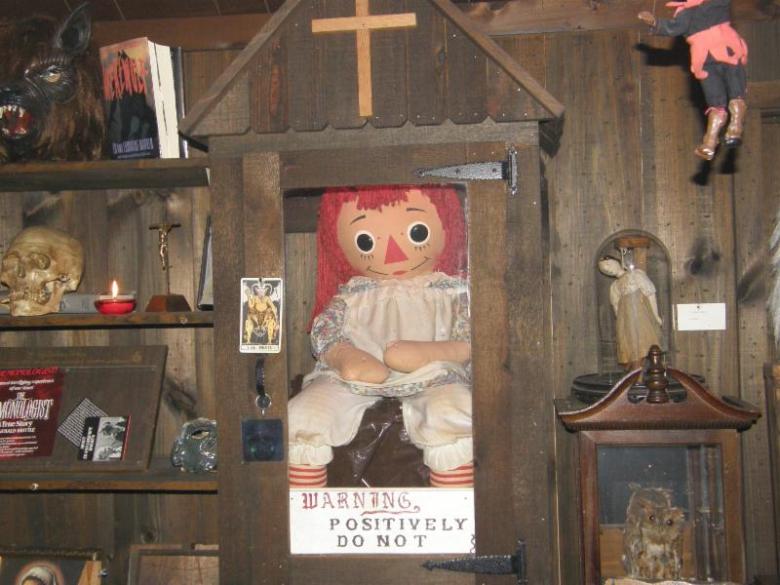 The Warrens took an interest in Annabelle and ended up taking her home, though the ride was a bit rough. And that is where the Raggedy Ann doll currently resides, at the Warren’s Occult Museum.